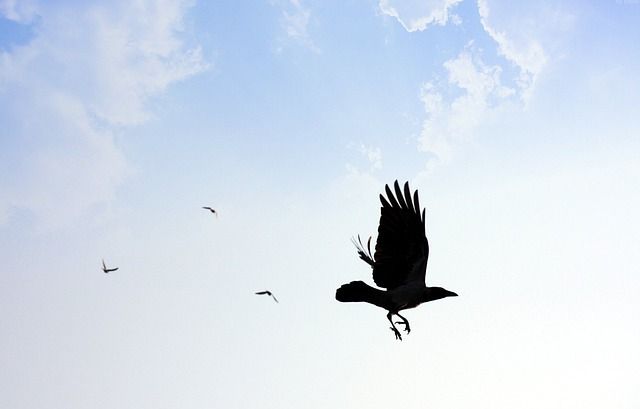 I’ve noticed a common block that shows up for pretty much everyone who studies bird language is a lack of practical knowledge about bird alarm shapes.

Alarm shapes are a fascinating topic because they give you instantly useful information about animals sneaking in the bushes and hiding spots around a forest.

So if you’re new to the study of bird language, you might be wondering – what is a bird alarm shape?

Bird alarm shapes are a way of describing how birds respond to different types of animals.

In this way – it’s even possible to identify the difference between alarms surrounding a red-tailed hawk, compared to alarms directed towards a cooper’s hawk. Or a coyote from a bobcat, or any other type of animal you might encounter.

This can often be done from very long distances, without any need to see the actual animal causing these alarms.

It’s amazingly fun and will lead to some mind-blowing encounters with wild animals.

The bird alarm shapes were created by Jon Young, and his book Animal Tracking Basics describes 12 alarm patterns that can be found in the field (it’s a great book that I highly recommend).

Some common examples of bird alarm shapes include:

These alarm shapes are great examples of how birds behave during different types of alarm situations.

Each “shape of alarm” will be associated with a particular body language, vocalizations and often varying numbers of birds from as few as one individual bird to as many as thousands.

It’s important to realize however, that conceptual knowledge of bird alarm shapes is completely different from being able to successfully apply the skill.

It does take a bit of practice to get the hang of this… and the way it appears in the field doesn’t always show up exactly like the “textbook examples”.

Where People Get Stuck With Bird Alarm Shapes

While most people enjoy the bird alarm shapes as a concept and framework for learning bird language, it’s actually pretty rare to find anyone who can consistently identify these patterns in the field.

You might be surprised to learn that even people who are already quite familiar with the basic concepts behind bird alarm shapes often struggle to talk about them from their own personal experience.

This is one of the ways I sometimes test new students for bird language knowledge.

I’ll ask you to share a bird alarm story from your own personal experience and describe what you noticed in terms of the alarm qualities.

With a few brief questions, it’s easy to identify whether someone is talking from personal experience vs repeating something they read in a book.

But you know the thing that really shocks me?

Even people who claim to be teaching bird language skills are frequently unable to accurately describe how bird alarms work in real life!

It’s not just beginners who struggle with this!

This is one of my big pet peeves when it comes to bird language because I believe if you’re going to be teaching something, you should at least be able to demonstrate the skill for yourself.

Plus… there are also people who have no idea what bird alarm shapes are, yet they have AMAZING bird language skills in the field.

All this to say – You need to go beyond the concept and gain some practical experience in order for bird alarm shapes to really be helpful.

1. Get Really Confident About Alarm VS Non-Alarm

A big part of making bird alarm shapes work depends on you being ultra confident about what is actually an alarm and what is not an alarm.

Most people simply cannot tell the difference unless they’ve had lots of practice with confirmed sightings.

Alarms are often described as loud calls made by songbirds in response to a predator.

But really there’s all different kinds of alarm calls, and a variety of ways that birds express alarm in different situations.

So if you’re calling everything that sounds loud or intense an alarm, then you’re going to have a lot of misfires.

Alarms can sometimes be surprisingly subtle.

They’re not always super loud and obvious, and I frequently notice that people are confusing territorial calls with alarms.

Even more common is for people to not even hear the alarms because they’re expecting something much more intense.

This typically happens without even realizing they’re mis-identifying bird alarms!

Sometimes things that sound subtle from a distance are actually much more intense when you’re standing in the middle of all the action.

In a nutshell – Here are 4 things you really need to know in order to confidently identify alarms vs non-alarms.

Having confidence about alarm vs non-alarm is a topic that I cover in great depth on my online bird language video course because it’s so important.

You can also get a free introduction in the bird language adventure series.

If you’re new to bird language, it’s always recommended to get really good at identifying alarms in one individual bird first… which will then make it easier to spot the patterns in all types of birds.

In north america – you’ll probably want to start with the robin.

If you’re not in north america, try focusing on your most abundant member of the thrush family. In Europe this might be something like the European Blackbird or Amsel.

Another important thing to realize is that different alarm shapes last for different lengths of time.

For example: Some alarm shapes like ditching might only last for 1 or 2 brief seconds as birds quickly disappear into the bushes and get quiet.

Other alarm shapes like parabolic alarms, are almost characterized by their long duration of the behavior.

A good example is when you have something like an owl perched in a tree being mobbed, the alarms might go on for many hours without stopping – thus creating a stationary parabolic alarm.

These differences in timing actually factor into all the physical characteristics of an alarm like size, height, speed, etc.

This is precisely why aerial predators can cause much bigger alarm patterns than ground predators… It’s simply because they’re capable of moving much faster, and cover more territory.

But it also means that the “shapes” associated with aerial predators can sometimes be over in the blink of an eye, which adds a layer of complexity to tracking their movement.

These differences in timing happen because alarm shapes are really just an intelligent response to whatever animal is causing the disturbance.

So the more you can put yourself in the mindset of the birds & animals themselves, the more these patterns will stand out as being plain old common sense.

3. Practice Empathy With The Birds

Since alarm shapes are simply a way of characterizing behavior of birds as they evade danger, it means there is a consistent logic behind how they act.

So many of your best insight about bird language will come from thinking about your own instincts when faced with a predator.

Imagine you’re walking through the jungle and suddenly you see a hungry jaguar looking at you from the bushes. 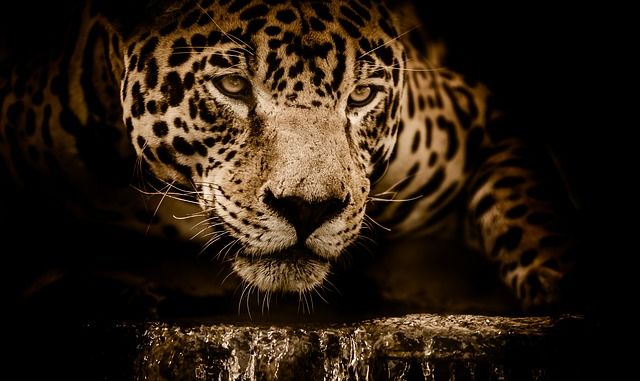 How would you respond in this situation?

Well, let’s look at your options for survival:

Each option would have an associated body language, movement pattern & possibly vocalizations that could be heard and interpreted from a distance.

Notice too – how each of these different options would elicit different responses from the jaguar.

Some of them would be more effective than others.

This is very similar to the dilemma faced by birds when there’s a predator hunting in the forest.

Birds will always take the best action they perceive to be available to them depending on the situation.

For example – Running away is probably a horrible idea when you’re dealing with a jaguar, but if you’re being chased by bees it’s the right thing to do.

It’s unlikely that you can take on a full grown jaguar by yourself, but if you have enough people, you can probably scare it away.

This is the whole reason why bird alarm shapes even exist. It’s just a reflection of the actual strategies employed by birds for survival.

And it follows a common logic based on things like:

This is why sometimes it’s helpful to just forget everything you know about alarm shapes and focus what it’s like to be an animal.

If you can empathize with the behavioural differences between these two situations, it’s much easier to identify the associated bird alarm shapes.

It takes a bit of practice, but this is absolutely a skill that anyone can get the hang of.

Let me know what you discover and any questions you have!

I would love to help you go deep into the world of Bird Language!

Whenever you’re ready… here are 4 ways I can help you solve the mysteries of bird sounds & behaviors in your local environment:

Download a free copy of my new ebook – What’s That Crow Saying? It’s all about how to make sense of crow sounds & behavior… And if you really want to go deep with crows, then try the crow language home study course!

You can also register for some introductory videos I created about using bird alarms to find wild animals outside – Start your Bird Language Adventure here!

Or try the complete Bird Language Blueprint… This course will teach you 5 essential steps to discover the secrets lives of wild animals by following bird alarms.