This page contains information about bird language. This is a skill that I've put a lot of energy and practice into. It's one of my passions and I'm very excited to share it with you. 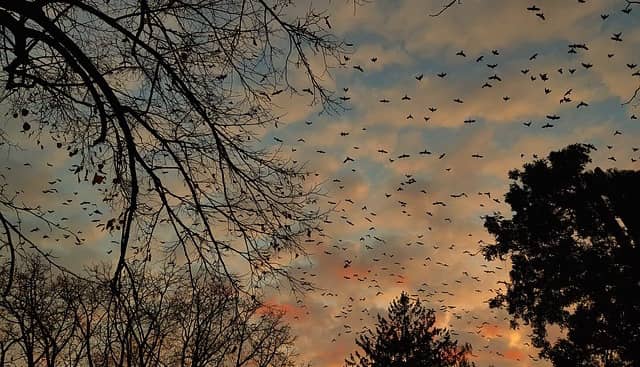 Woa, look at all those crazy crows! Why are they swarming like that? One of the most striking displays of crow behavior is when crows gather together in massive groups at the end of the day. These flocks can grow to as many as hundreds or even thousands of crows, which really makes them stand out in the environment. So if you’ve ever seen this massive influx of noisy black corvids, you … END_OF_DOCUMENT_TOKEN_TO_BE_REPLACED 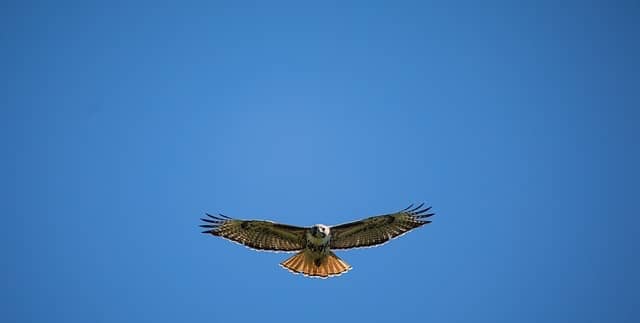 One of the amazing things about hawks is their huge variety of different strategies for hunting and catching prey. Some hawks hunt by soaring high over open landscapes as they watch for unsuspecting prey animals below. Others will choose a silent perch at the edge of a meadow, then swoop down at just the right moment. There are even hawks that specialize in hunting birds on the fly, … END_OF_DOCUMENT_TOKEN_TO_BE_REPLACED 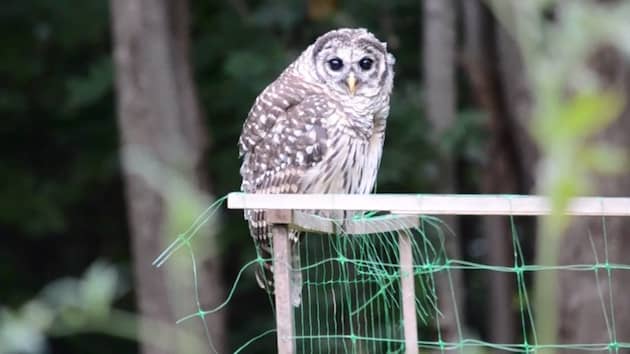 Have you ever seen that weird head bobbing movement owls make? Recently I've had multiple people describe encounters they had with owls bobbing their heads. And it just so happens I caught some great video footage of young Barred Owls doing this exact head bobbing while learning to hunt crickets in the yard. So I figured this is the perfect opportunity to talk about why owls bob their … END_OF_DOCUMENT_TOKEN_TO_BE_REPLACED 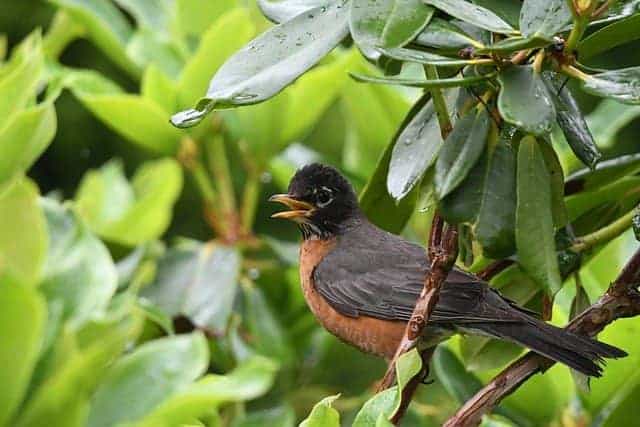 Have you ever wondered how birds communicate with all those amazing sounds they make? Many years ago I began studying birds to better understand what messages they might be sending around the forest. After much study and personal research, I’ve discovered there are some pretty fascinating things to know about what birds are saying. Birds communicate with vocal sounds like songs, companion … END_OF_DOCUMENT_TOKEN_TO_BE_REPLACED 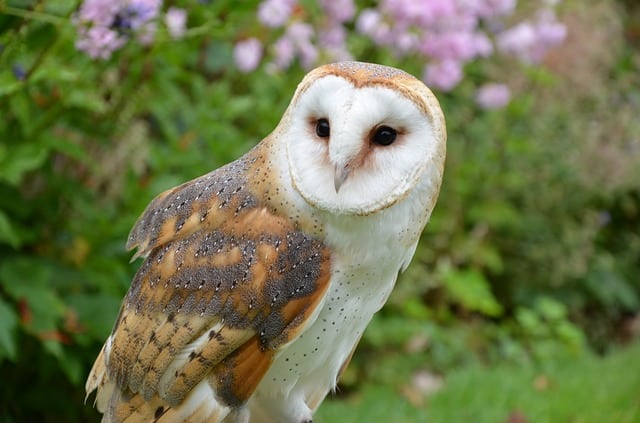 Have you ever seen an owl up close in the wild? Owls are some of the coolest birds on the planet. They’re known for being incredibly stealthy nocturnal predators with highly efficient hunting skills. Yet unlike a lot of other sneaky predators we hear about in storybooks & nature shows, owls are actually surprisingly easy to find in real life (when you take the right approach). In my … END_OF_DOCUMENT_TOKEN_TO_BE_REPLACED 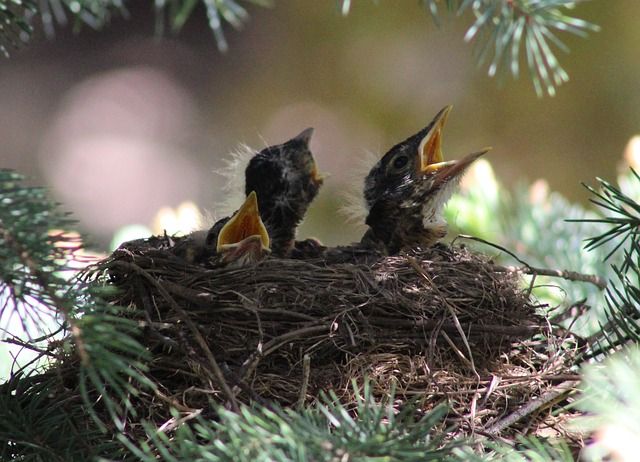 Every year during spring, the forests & fields of nature become filled with a hustle & bustle of nesting birds. When you know what clues to look for, this brings a rare opportunity to practice finding bird nests and study their predator defence strategies. The easiest way to find nests is by watching for birds carrying nest materials like twigs, mud, plant fibers, moss & sticks, … END_OF_DOCUMENT_TOKEN_TO_BE_REPLACED 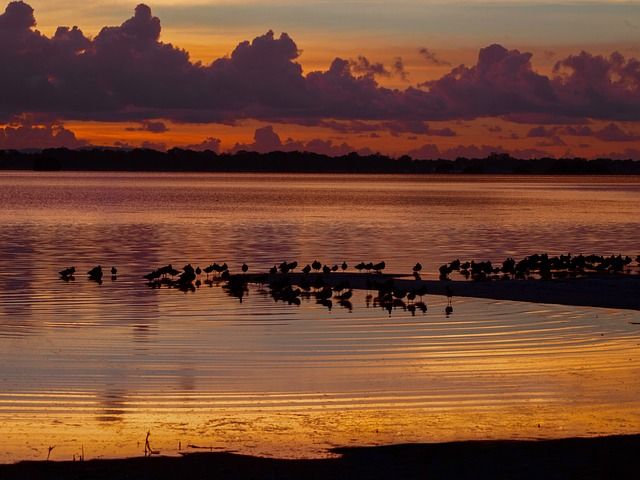 Whenever I watch birds around dusk, it’s always fascinating to wonder about where exactly they go for the night. It’s not always easy to observe birds after dark, so their nighttime habits are a common point of curiosity for students of nature. People often wonder things like: Do birds actually sleep? Where do they go? Can they fly in the dark? And why do they sometimes make noise at … END_OF_DOCUMENT_TOKEN_TO_BE_REPLACED 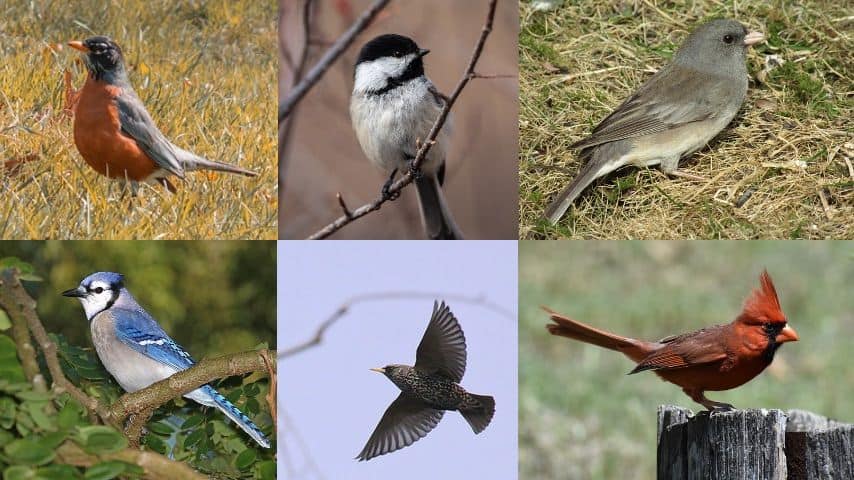 Look over there! What bird is that? One of the most common areas where people struggle in nature studies is being able to confidently identify birds. This is because birds are almost constantly moving and changing their behavior in response to whatever is happening in the environment. It can be surprisingly difficult to get that critical closer look and know for sure what birds you’re … END_OF_DOCUMENT_TOKEN_TO_BE_REPLACED 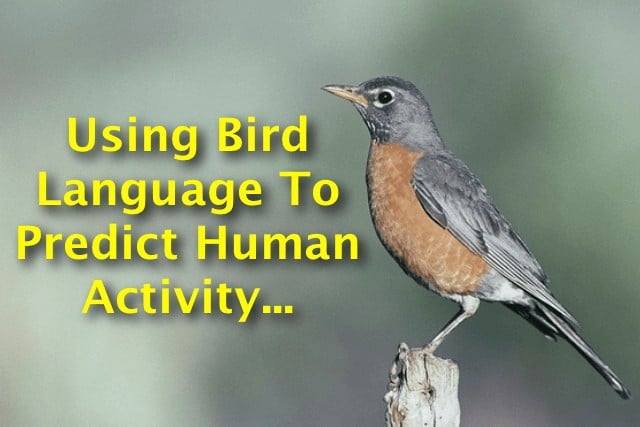 Click play to hear the fascinating story of how I discovered an extremely subtle bird alarm behavior from the American Robins in my neighborhood! Here's the bird language sequence discussed in this recording: First - A Robin "whinnies" in the nearby landscape (If you don't know your basic robin calls, then you should familiarize yourself with these 7 robin calls)Next - From the direction … END_OF_DOCUMENT_TOKEN_TO_BE_REPLACED 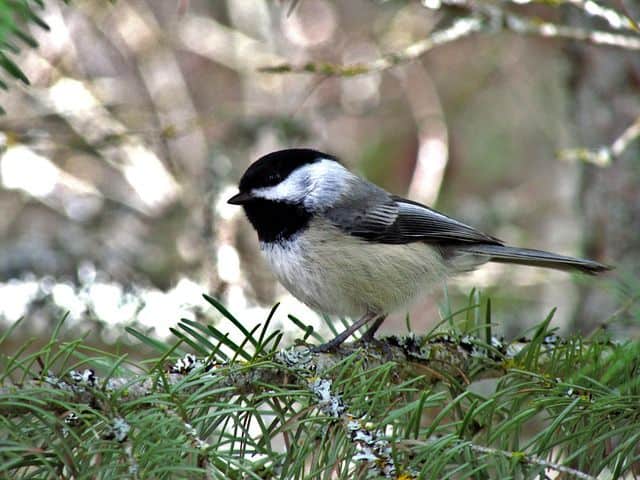 I was quite young when I first heard the characteristic chick-a-dee-dee-dee call that so many people know and love. But it wasn’t until I began exploring nature more intentionally that I discovered chickadees actually have a whole variety of calls & sounds to signal different meanings depending on the situation. For such a small bird, chickadees really do have a lot to say! In fact, … END_OF_DOCUMENT_TOKEN_TO_BE_REPLACED